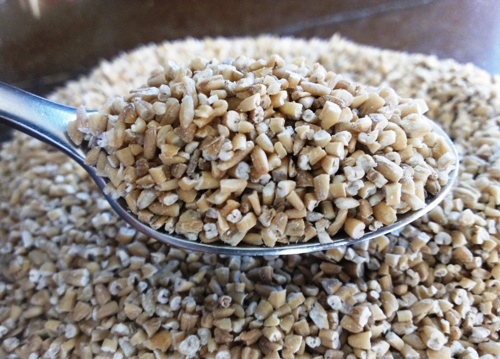 Oats and Oatmeal – this grain is one of the most healthful and versatile, being consumed in three different forms: Oat Groats (which resemble a darker-brown barley), Steel-cut oats, aka Irish or

Scottish Oatmeal and rolled oats, which are the whole grain flattened to cook faster and softer. Scientific studies over the last few years have shown that all three forms of oats lower cholesterol via a special fiber and also have a particular antioxidant that helps protect blood vessels from the effects of LDL cholesterol.